On the cusp of the International Day for Protection of Children, the 24th International Charity Golf Tournament took place at the Moscow Country Club (an affiliate of GlavUpDK under the Ministry of Foreign Affairs of the Russian Federation).

The tournament was opened by the Acting Head of GlavUpDK Sergey Yurievich Makarov. He noted the importance of continuing the good tradition of holding the Charity Tournament in anticipation of the International Day for Protection of Children, and emphasized that noble goals of this event resonate with a lot of people.  Mr. Makarov expressed his gratitude to the partners and sponsors of the tournament and wished its participants to have a good game.

Svetlana Zhurova, who played for one of the teams that day, noted that it is always pleasant to visit the Moscow Country Club, as the club keeps really beautiful traditions, including the one of holding the International Charity Tournament. “The tournament has taken place for the 24th time already, which means that everything has been done right all these years. It also means that our efforts and our help are needed. And we are ready to continue this work,” she said, addressing the audience.  “I hope that everything will go beautifully, just as it always has,” concluded Svetlana Zhurova, thanking GlavUpDK for organizing the event.

The greetings to the tournament participants from the President of the Russian Olympic Committee S.A. Pozdnyakov and the President of the Russian Golf Association V.B. Khristenko were also read out loud. “Golf, which was included in the Olympics program after a long break is, without a doubt, one of the fastest developing sports in Russia... It is quite symbolic that the 24th International Charity Tournament takes place on the cusp of the International Day for Protection of Children and the International Forum of Young Olympians,” noted S.A. Pozdnyakov in his statement.

“Our foundation has collaborated with GlavUpDK since 2017, and we are grateful to the organizers for their support. The funds we have received today will be spent on good goals. I wish the tournament to continue its glorious history, and for the foundation - to have increasingly fewer children needing its care,” noted the actress Marina Aleksandrova, an envoy of Galchonok Foundation, which provides help for the children with organic damage of the central nervous system.

Over the tournament’s long history overall more than 95 million roubles have been raised for the charity funds, hospitals, boarding schools and other institutions.

The 24th International Charity Tournament was one of the biggest tournaments in terms of the number of participants, as 96 golf players took part in it, including professionals, amateurs and juniors. Konstantin Gribkov, golf-director of the Moscow Country Club, emphasized that the International Charity Tournament is one of the largest tournaments in Russia, as it unites both Russian and foreign players.

The winners of the tournament were:

Golf players received cups and prizes from partners of the Moscow Country Club.

The Charity Golf Tournament was not only a prominent sporting event, but also a true childhood festival, as children presented concert acts, took part in workshops and golf lessons. 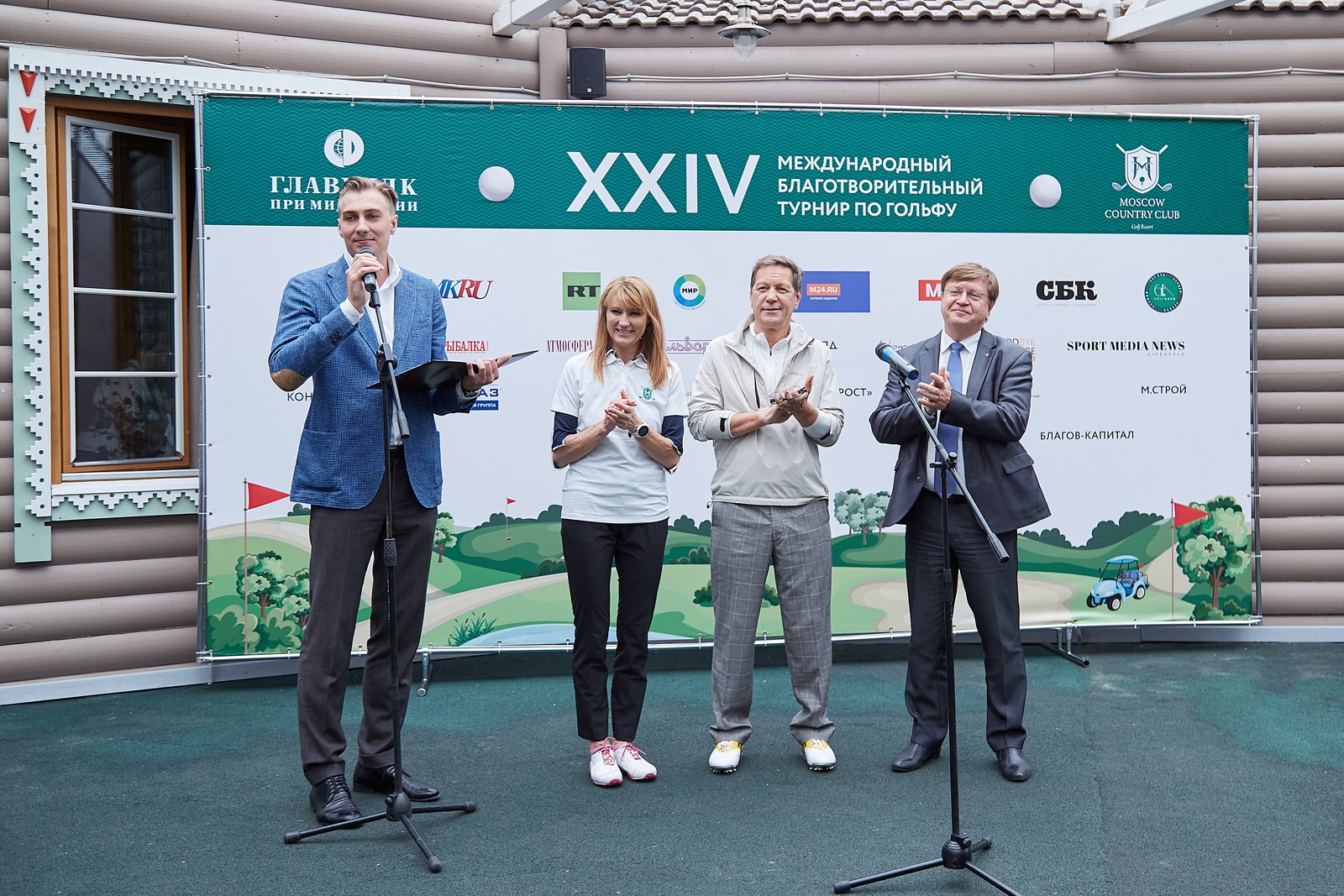 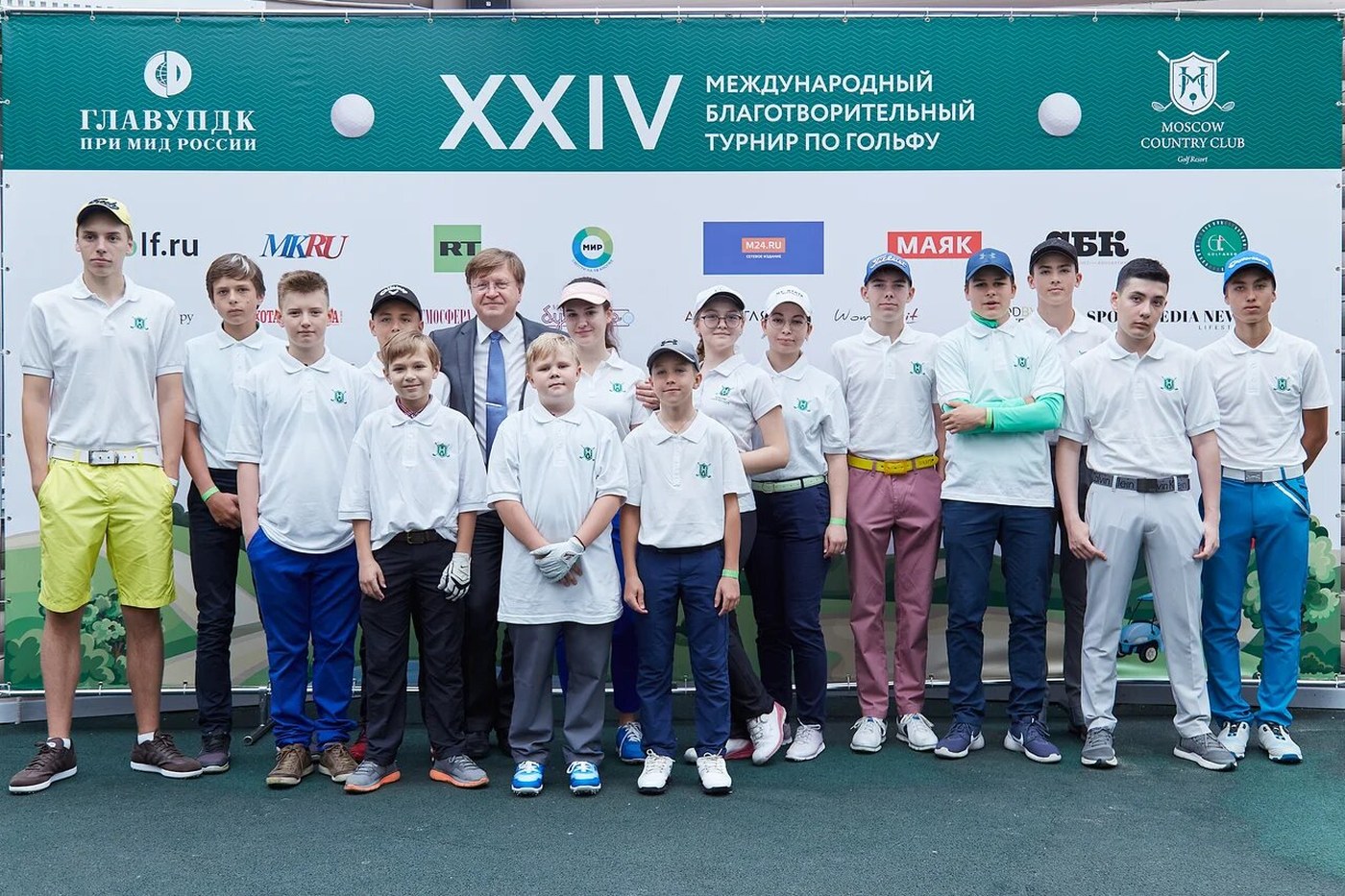 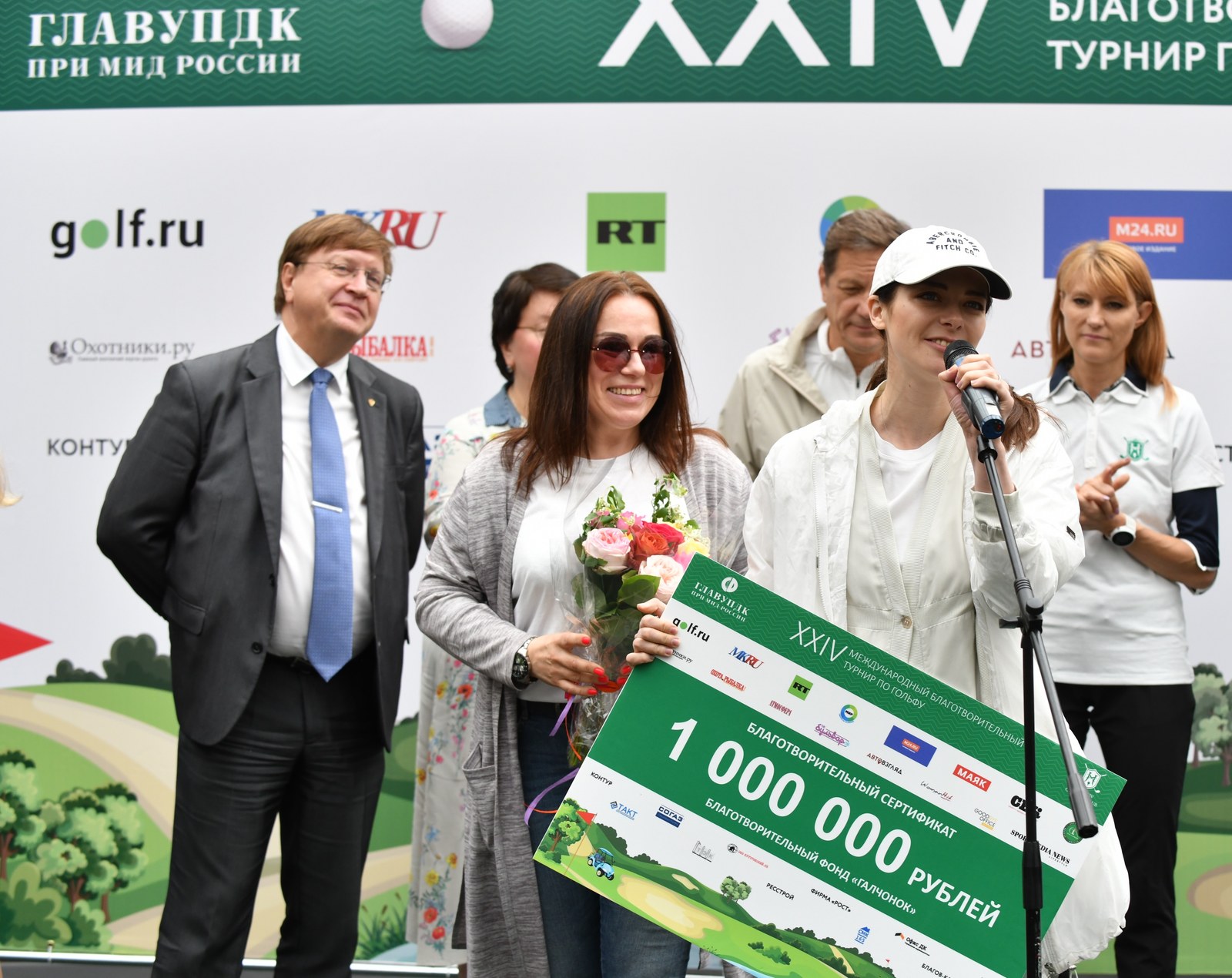 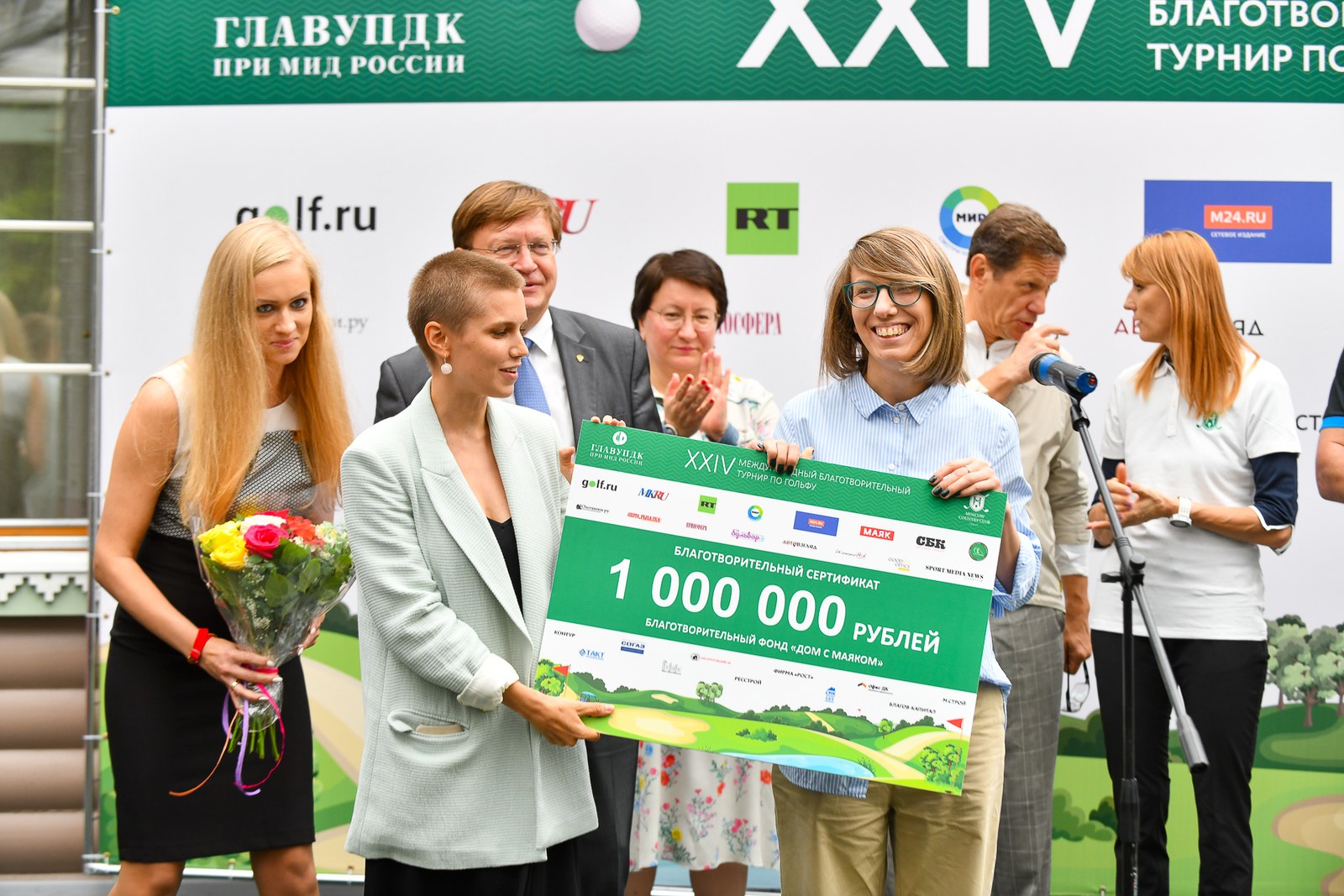 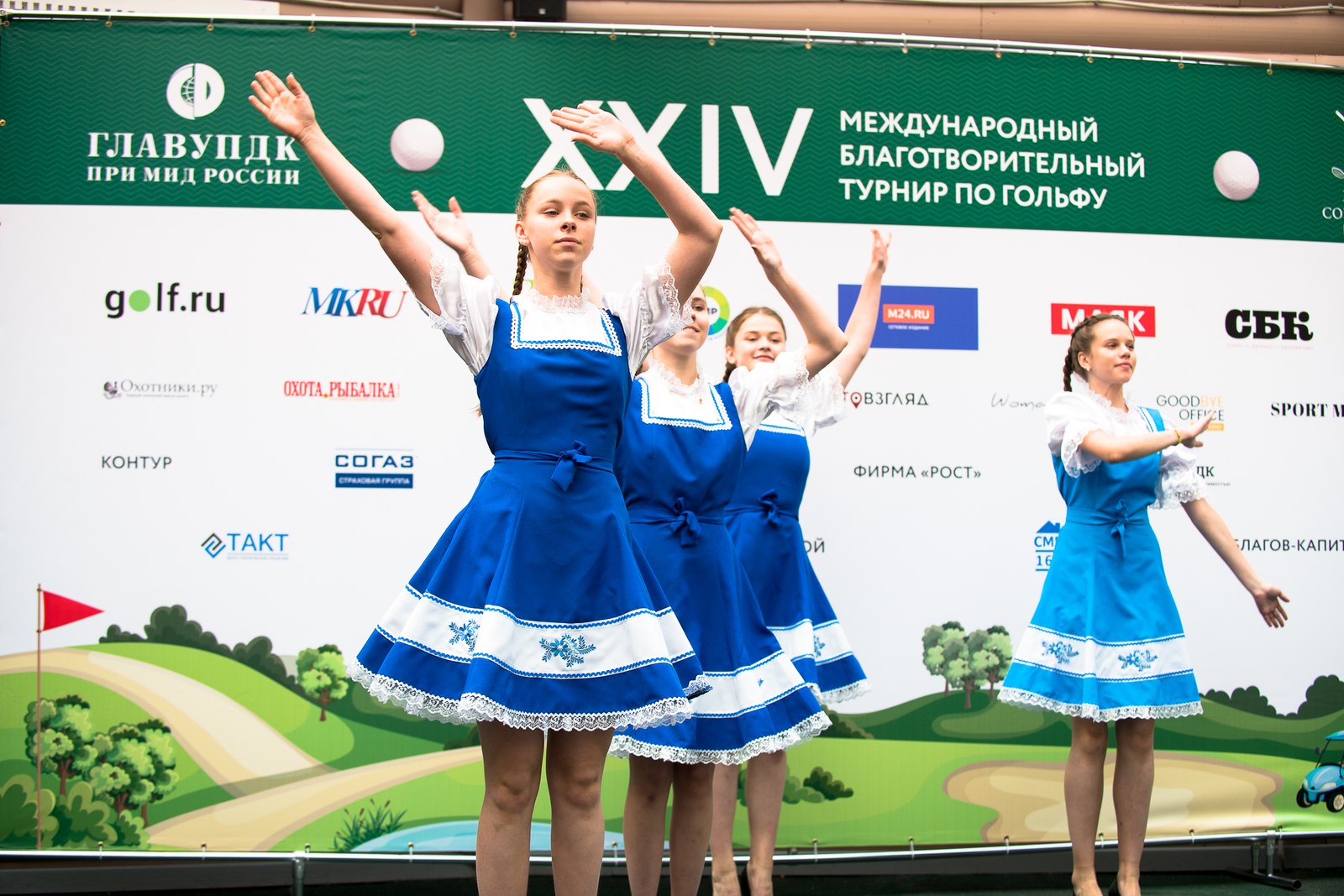 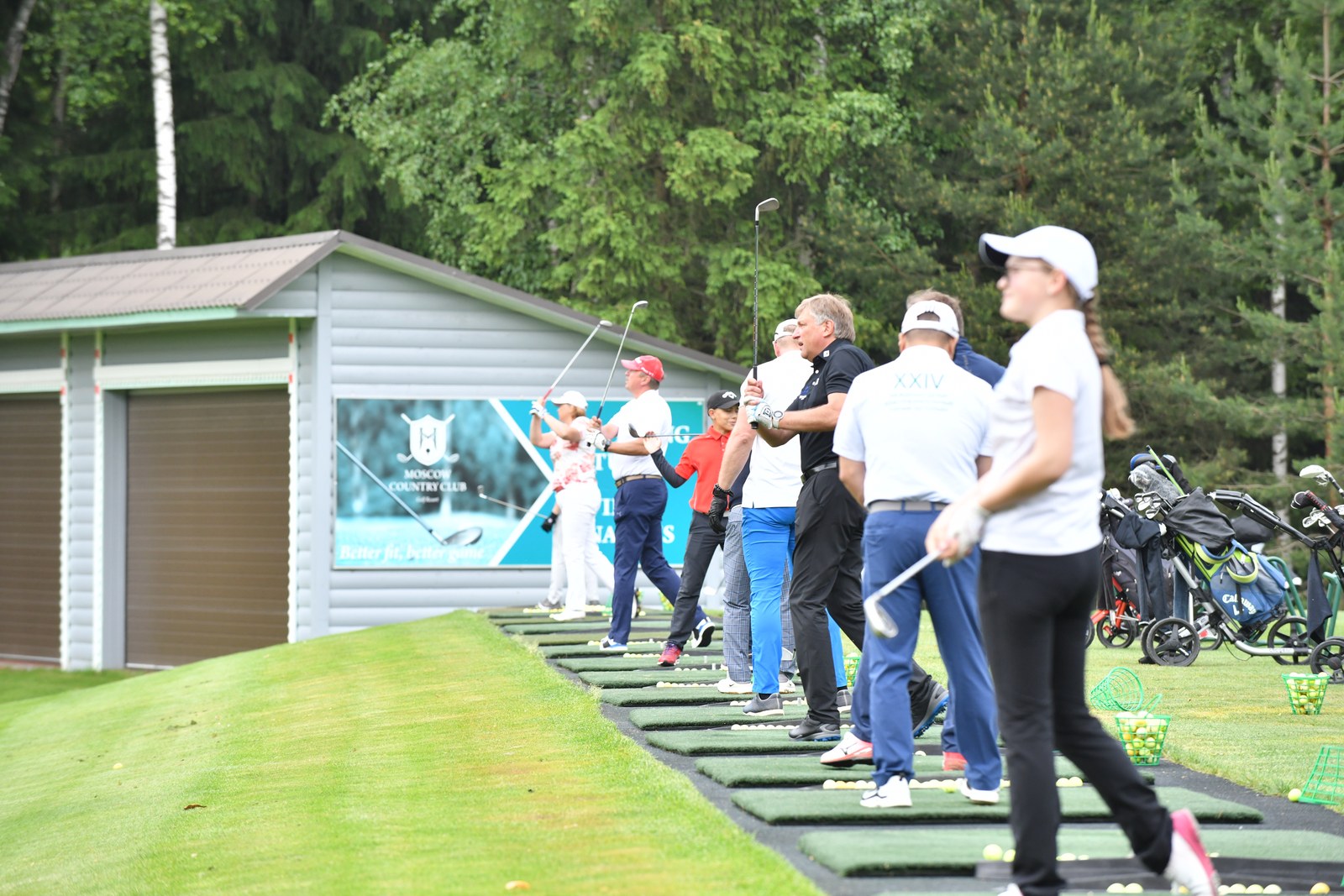 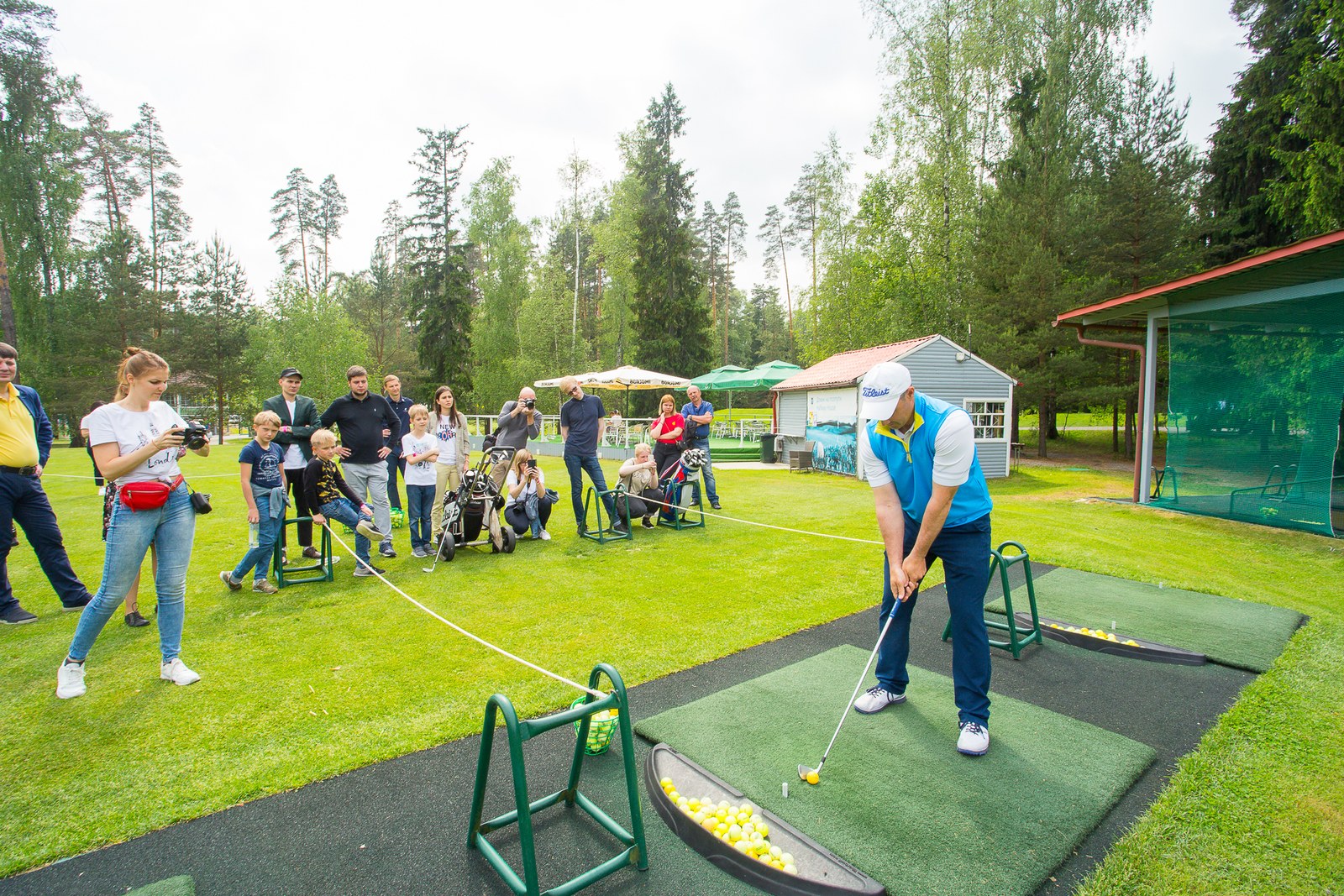 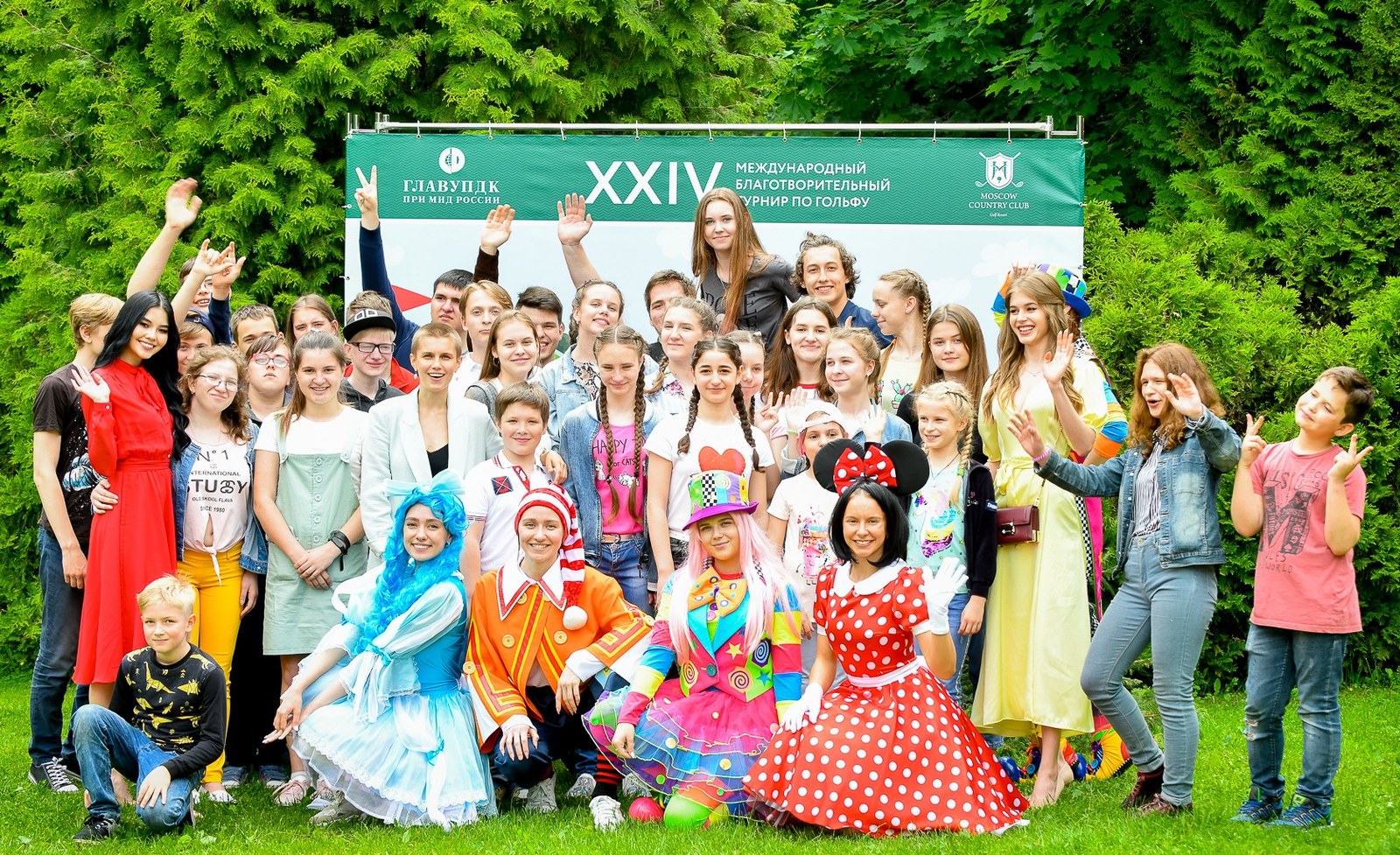 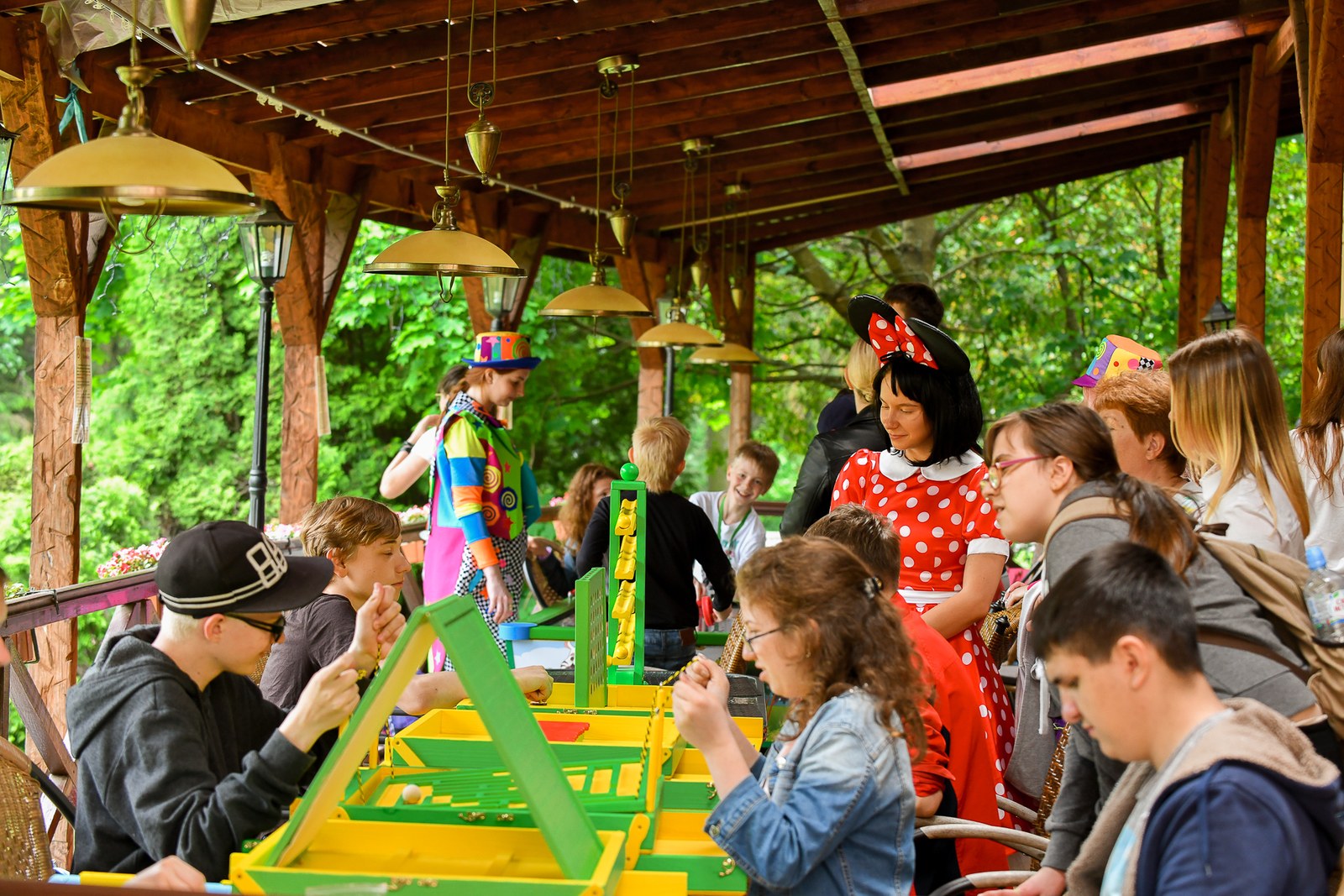 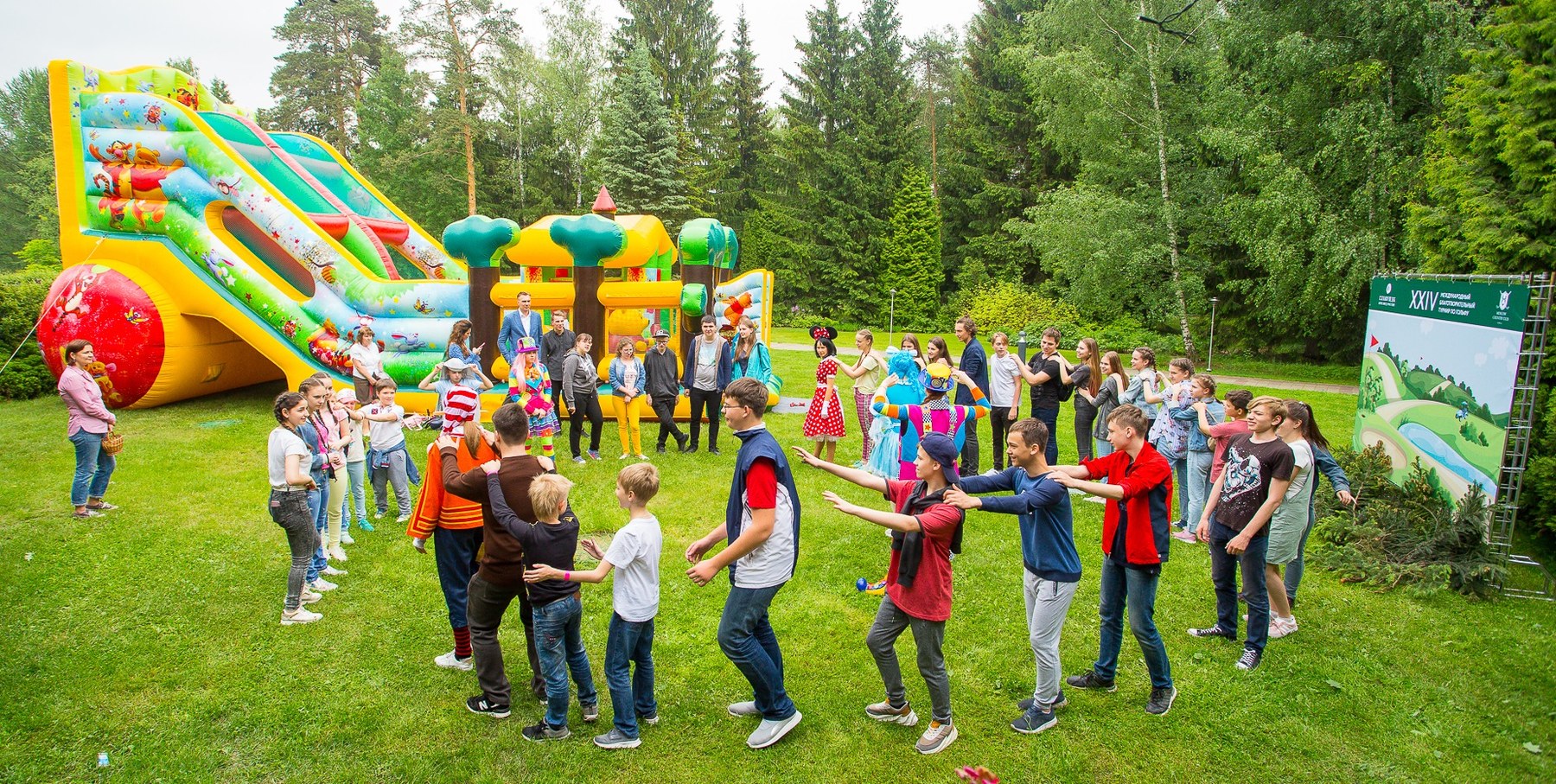 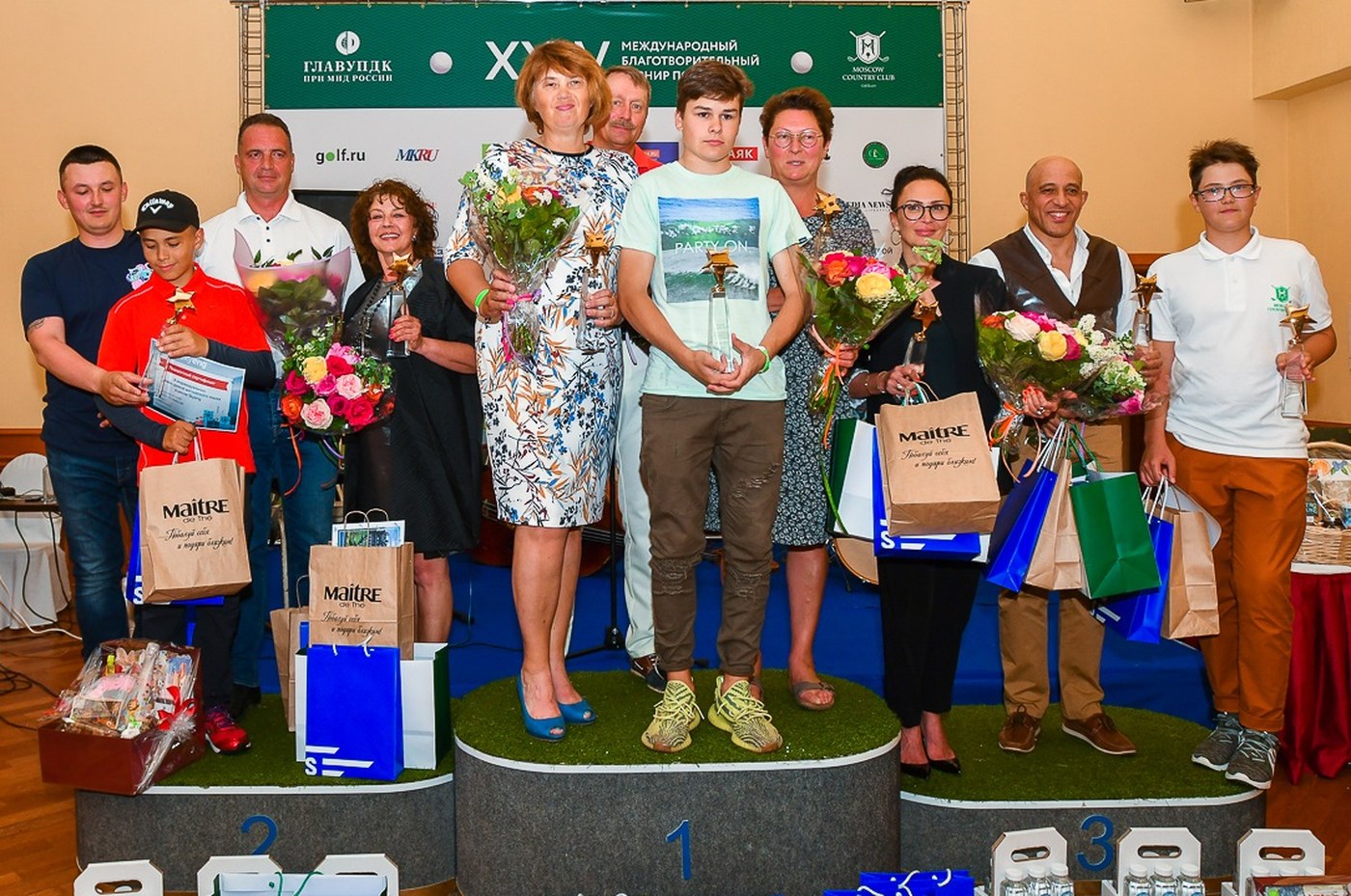 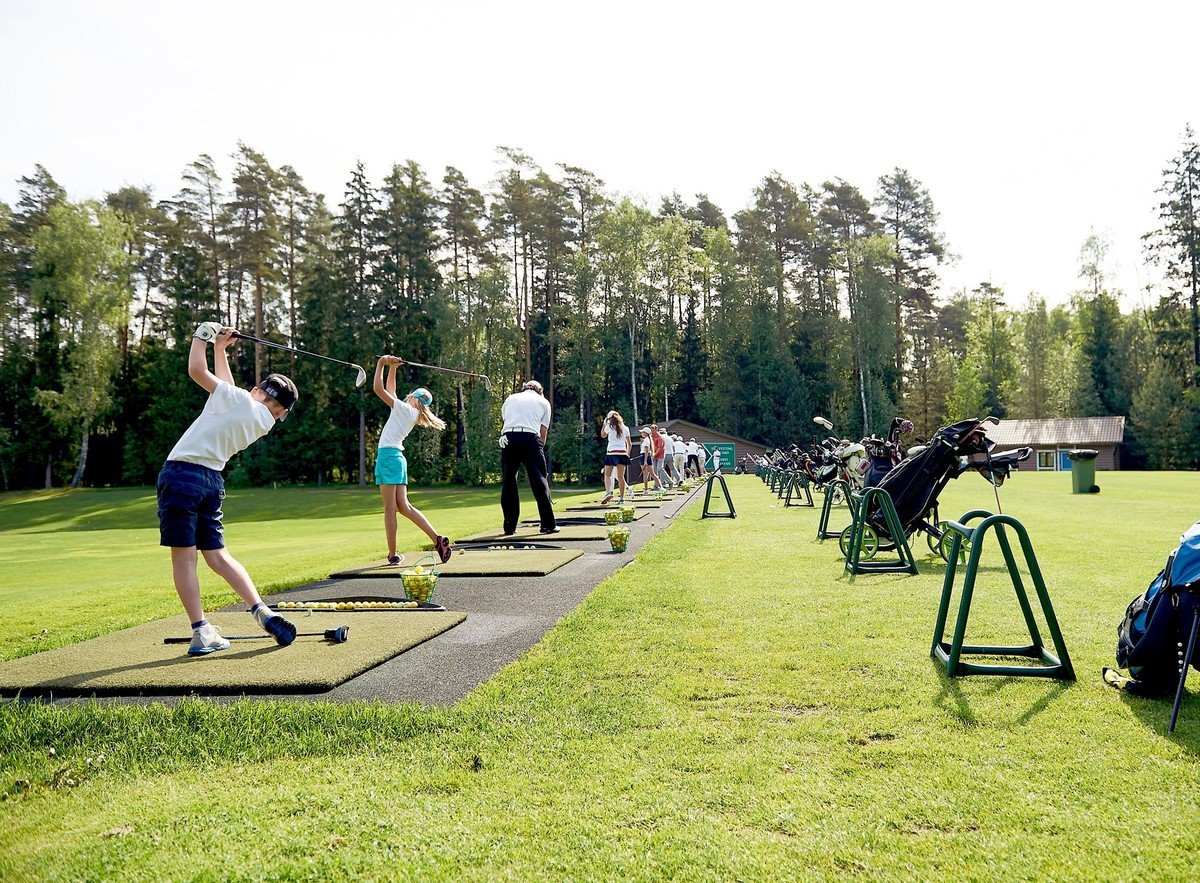